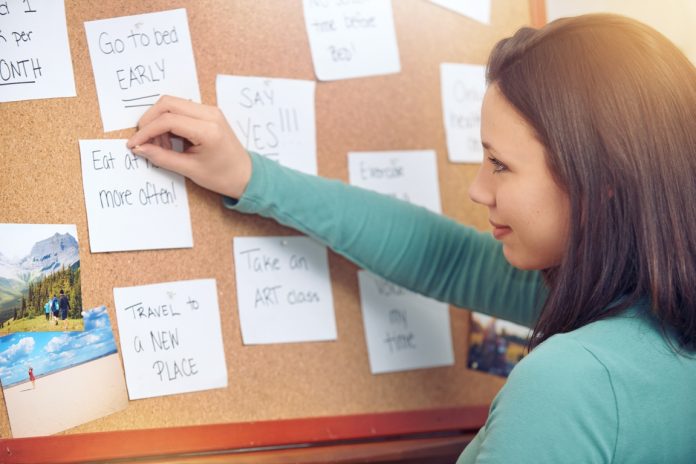 New Year’s resolutions sound good, but most are never accomplished.

About 80% of those intentions fizzle, according to U.S News & World Report. The most popular resolutions as 2019 launched were exercise more, eat healthier, save money and lose weight.

Dr. Elise Herman, Novant Health Psychiatry Division Chair for the Neurosciences and Psychiatry Institute, offered advice on how you can beat the odds and reach your goal.

Q: Why do so many people fail at New Year’s resolutions?

Herman: The resolutions often are dramatic changes in their life. That’s difficult to do. People use willpower for a period of time, but willpower is only going to last for so long.

Then, life is busy and you get into your regular routine of things. When you’ve chosen something that includes such a drastic life change, it’s very different from the way you’ve been living your day-to-day life.

Q: What’s the best strategy to reach your goal?

Herman: It’s not so much the goal, but determining how are you going to get there. Break it down into smaller steps.

For example, your goal might be to quit smoking. Figure out one step – calling the quit help line, finding available resources or cutting back to something like `I want to cut down to seven cigarettes a day.’ What small steps are manageable that you can maintain for a longer period of time? Then, decide what the next step is.

I think sometimes the psychology of New Year’s resolutions is “Well, I’m going to change this on Jan. 1, so I can go crazy in December.”

Q: If you don’t set a New Year’s resolution, would a better choice be popular things like a bucket list, a 30-day challenge or a yearly project?

Herman: Ultimately, people are happy when their behavior aligns with their values. If people can get really clear on what is it that is most important to them, they’re going to be more successful at making changes.

We are creatures of habit. Look at what your habits are in a day, and is there just one of those you want to change. There’s also a lot of research into linking habits. For example, if you want to floss your teeth more, do it when you’re taking out your contacts at night. Align those two things.

You want to set things up to be as automatic as possible, so it doesn’t take extra motivation or extra willpower to get yourself to do whatever you’re trying to change.

Q: If you must have a New Year’s resolution, what are the best tips to sticking with it?

Herman: It goes back to your values. I would align it to what you think is most important. If you say, for example, your family is most important, and the holiday season was so great because you got to spend all that time with family, what can you do to continue to emphasize that?

It might be doing a special activity or spending more time with the kids, for example. I would pick something that aligns with what’s most important to you because you’re always going to have more success if it’s around your core values.