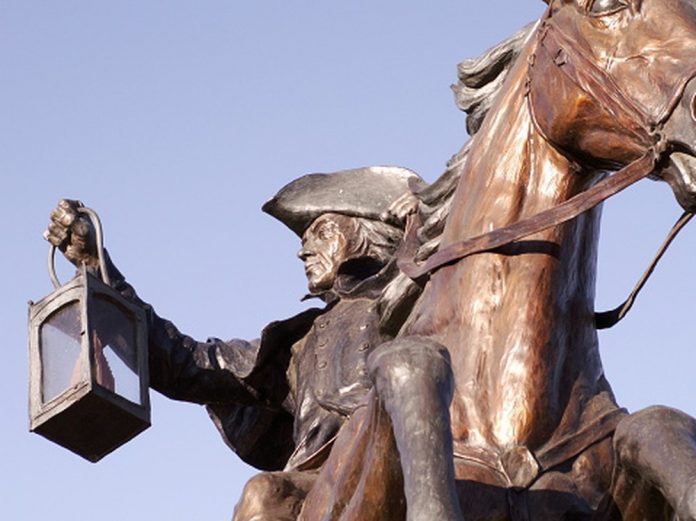 CHARLOTTE – “Listen, my children, and you shall hear; Of the midnight ride of Paul Revere…” Although Henry Longfellow’s 1860 poem has aided our memory of a significant event in American History, Paul Revere was not the only rider that night.  William Dawes took the longer land route from Boston, while Revere was rowed across the harbor.  Samuel Prescott later met up with both men at the house of militia leader and pastor, Jonas Clark where Adams and John Hancock were staying.  A fourth rider was Wentworth Cheswell who rode north to bring more militia south toward Boston to assist in engaging the British.  All four were a part of the Committee of Safety – an intelligence operation organized to relay information among the patriots.

Wentworth was one of his New Hampshire community’s best-educated and his life was dedicated to public service.  Over 49 years, he served in some form of public office including assessor, auditor, moderator, coroner and town administrator. Furthermore, he served as a delegate to the State’s constitutional convention.   His father, Hopestill was a noted homebuilder.  Wentworth was clearly a remarkable public servant, a devoted husband, father and church member.  It may also be interesting to some to note that Wentworth had very dark skin.   You see, Wentworth’s grandfather, Richard, was an African slave who married a free woman and later worked off his sale price, becoming a free man.

The community in which Wentworth lived and served was 99% “white”.   His grandmother (Richard’s wife) was also “white”.  American history is literally filled with folks like Richard, Hopestill and Wentworth whose lives expose the ridiculous fallacy of critical race theory which is fast becoming a staple within American classrooms.  Alternatively, we should be teaching America’s Godly Heritage and the real people who made the most of the opportunity they were given including the precious gift of living in America.