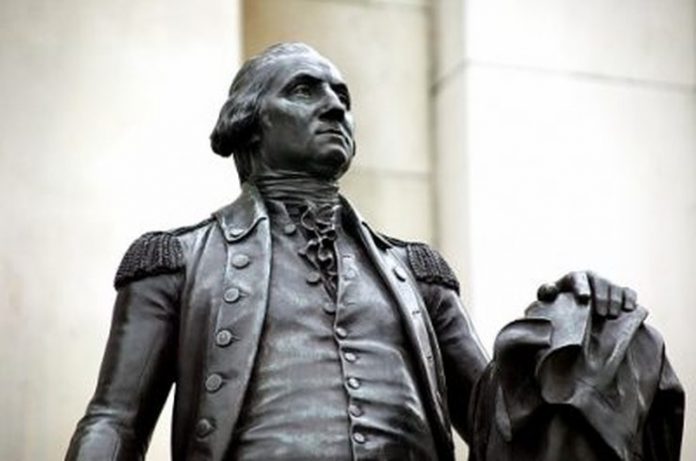 CHARLOTTE – Although perfectly content to spend the rest of his years at Mount Vernon with his dearest, Martha.  George Washington answered the call of his country once again to serve as its first President.  Washington was significantly cognizant of the role he would play in setting the example for Presidents who would follow him.  No doubt it would weigh on his mind as he contemplated his remarks to be made and the ceremony of the first inauguration held in New York City on April 30th, 1789.

Washington’s words and actions were intended to urge the country to place their reliance upon the God of the Bible.  He used the Bible and added the words “so help me God” to take the oath and he leaned over and kissed the Holy Scriptures.  He prayed and finished his prayer in the name of “Jesus Christ our Lord. Amen”.  His speech contained numerous Christian references.  He then led the Congress in a parade to St. Paul’s Chapel where they all listened to a Christian sermon and had prayers including those led by clergy and only after the service completion was Congress officially adjourned.

St. Paul’s Chapel is within one block of where the Twin Towers once stood.  In fact, the land on which the World Trade Center was built was formerly owned by the Chapel.  It is the only building at ground zero to sustain no damage at all.  Washington warned in his speech “…that the propitious smiles of Heaven can never be expected on a nation that disregards the eternal rules of order and right, which Heaven itself has ordained”.  Although there are numerous examples of how America has not heeded that warning, God miraculously protected the place where America was consecrated to Him.  A reminder that we do have a Godly Heritage.