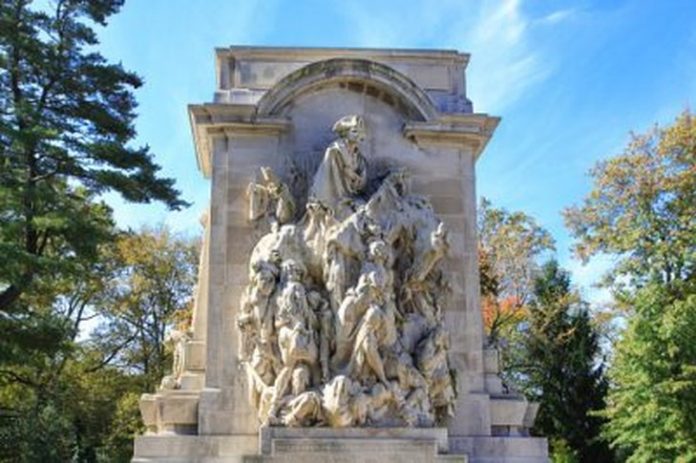 CHARLOTTE – “The Great Spirit protects that man and guides his destinies – he will become the chief of nations, and a people yet unborn will hail him as the founder of a mighty empire.  I am come to pay homage to the man who is the particular favorite of Heaven and who can never die in battle.” – Unnamed Indian Chief, fall of 1770

Fifteen years earlier, the same Indian Chief, fighting with the French, had participated in an ambush-massacre remembered as the “Battle of Monongahela”.  The Chief had directed his braves to specifically bring down Washington as they had every British officer on horseback.  Washington had escaped unharmed despite two horses being shot out from under him and having four bullet holes through his coat and one through his hat.

Washington would fight many revolutionary war battles after the Chief’s prophecy including the Battle of Princeton in early January of 1777.  Buoyed by the recent victory over the Hessians at Trenton the day after Christmas, Washington led the patriots against British regulars.  The American lines were failing until Washington in a valiant effort to rally his troops rode to the front of the line less than 30 yards from the redcoats and appeared immovable as if to say, “I will fight the enemy alone if you shall not fight with me.”  Seeing their beloved General’s incredible display of fearlessness, the American line took shape, both sides gave volley, but from the Americans came the shout of victory.  When the smoke cleared, Washington’s aide-to-camp Colonel Fitzgerald rode swiftly to the General’s side exclaiming through tears of joy, “Thank God, your excellency is safe”.  Washington comforted his aide and friend with the grasp of his hand and then ordered, “Away, my dear colonel, and bring up the troops – the day is our own!”