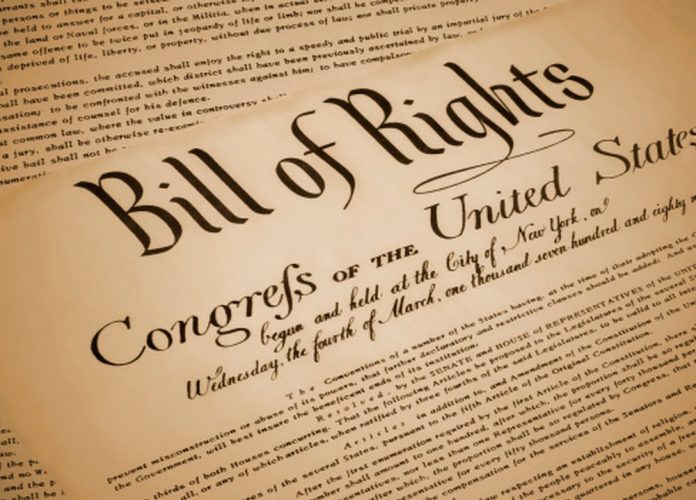 CHARLOTTE – Do we have Constitutional rights?  Does the term imply that our governing document is the source of those rights?  Our founding document, the Declaration of Independence, clearly states that our rights are God-given.  “We hold these truths to be self-evident, that all men are created equal, that they are endowed by their Creator with certain unalienable rights.”

The “creator” is the God of the Holy Bible.  This is confirmed not only by Thomas Jefferson’s personal writings and his efforts to advance the gospel, but also from the context of the Declaration itself.  Jefferson referenced “Nature’s God”, he appealed “to the “Supreme Judge of the World” and pledged a “firm reliance on the protection of Divine Providence”.  These are all Biblical terms and concepts.

Therefore, we have God-given rights which are Constitutionally protected because, “to secure these rights, Governments are instituted among Men, deriving their just powers from the consent of the governed”.

Tyrannical governments exist because of leaders (and their minions) who refuse to acknowledge the self-evident truth of inalienable rights, and a populace that is either ignorant of or unwilling to assert these rights. Jefferson justifies America’s separation from England and provides the condition required for future action: “That whenever any Form of Government becomes destructive of these ends [i.e. their duty to secure unalienable rights], it is the Right of the People to alter or to abolish it, and to institute new Government, laying its foundation on such principles and organizing its powers in such form, as to them shall seem most likely to effect their Safety and Happiness.”

Proverbs 9:10 says, “The fear of the Lord, is the beginning of wisdom.” We must practice the former to obtain the latter so that we can appropriately navigate the turbulent waters that engulf America.