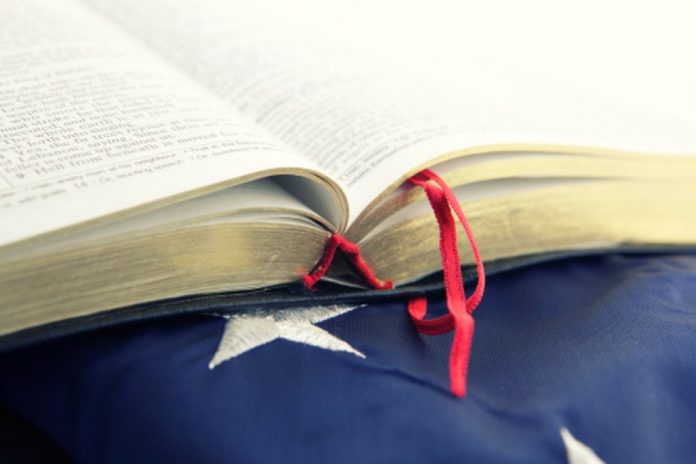 CHARLOTTE – The Judiciary House Committee report was received by Congress on March 27, 1854:

“Down to the Revolution, every colony did sustain religion in some form. It was deemed peculiarly proper that the religion of liberty should be upheld by a free people.

“Had the people, during the Revolution, had a suspicion of any attempt to war against Christianity, that Revolution would have been strangled in its cradle.

“At the time of the adoption of the Constitution and the amendments, the universal sentiment was that Christianity should be encouraged, not any one sect [denomination]. Any attempt to level and discard all religion would have been viewed with universal indignation. The object was not to substitute Judaism or Mohammedanism, or infidelity, but to prevent rivalry among the [Christian] sects to the exclusion of others.

“It [Christianity] must be considered as the foundation on which the whole structure rests. Laws will not have permanence or power without the sanction of religious sentiment, – without a firm belief that there is a Power above us that will reward our virtues and punish our vices.

“In this age there can be no substitute for Christianity: that, in its general principles, is the great conservative element on which we must rely for the purity and permanence of free institutions. That was the religion of the founders of the republic, and they expected it to remain the religion of their descendants. There is a great and very prevalent error on this subject in the opinion that those who organized this government did not legislate on religion.”

“The Christian religion is the most important and one of the first things in which all children under a free government ought to be instructed.” – Noah Webster